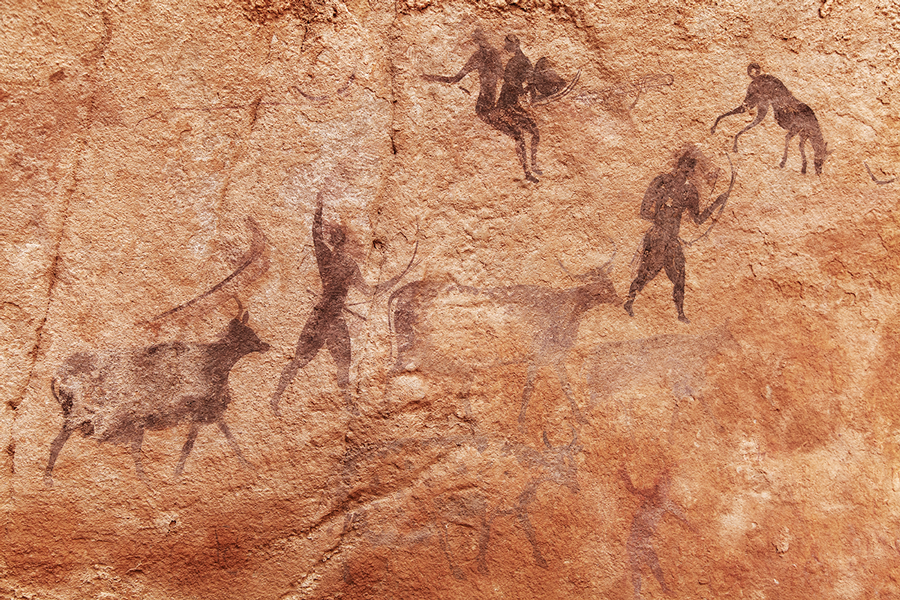 It is fascinating to give some thought to polite cave people. Perhaps, millennia ago, your ancient ancestor was great at building fires, hunting rabbits, or constructing shelters. One night, caveman Tom threw several extra pieces of wood on his neighbor’s fire near the entrance of the sleeping family’s domicile. The Dufrain men had been out hunting all day, and the women and children were weak and frail from lack of food for several days. Tom did not realize this, but Steve Dufrain saw Tom place the extra wood on the fire. Steve was heartened by his caring cave companion’s act of kindness, and along with his family, slept better that night knowing that predators would remain wary of entering the family’s cave.

The following day, Steve ran into Tom and graciously said, “Ug,” which, according to multiple YouTube anthropological experts, is early cave person speak for, “Tom, thank you for your thoughtfulness last night. I appreciate your neighborly kindness. Good looking out.” To which Tom earnestly replied, “Uhga-ug-ga-ta-la-ugta,” or, “No problem.” This led to the first elaborately choreographed handshake in humankind’s history. Steve and Tom did not realize that they had not only strengthened a bond between neighbors, but also rewired their brain, contributed to evolution of the species, and supported social cohesion.

Expressing gratitude is more than just politeness. The action changes brain chemistry as dopamine and serotonin flood the system of the grateful person. These two neurotransmitters contribute toward pleasurable feelings and a sense of contentment. The brain chemistry altered by gratitude can have lasting changes, including reduced stress and decreased likelihood of depression. Furthermore, gratitude activates the prefrontal cortex, which is the area of the brain responsible for higher-order decision and meaning making. As a result, gratitude can help negate negative emotions and lead to choices that are in more alignment with an optimistic perspective. This seems to indicate that gratitude may be, in part, not only capable of improving mood and overall mental health, but could also contribute to better resilience and physical health. Just imagine if giving thanks could be as beneficial as taking a multivitamin!

Gratitude serves an adaptive quality in evolution. In addition to health and well-being benefits, it plays an active role in social cohesion. Imagine if Steve had not thanked his fellow caveman. Next time, Tom might be slower to throw those extra logs on the Dufrain fire, if at all. This could not only elevate the danger for the family, or worse, could be a sure fire way of ensuring they do not even make it through the night. The ripple effect of a whole family loss could then be that the cave neighbors are traumatized, and the community loses some of its best hunters. Instead, as Steve expressed gratitude, he reaped the personal health benefits, and the community retained a skilled hunting and gathering family. By taking a bird’s eye view, it could be argued that Tom’s simple selfless gesture could have served the entire human race. Ensuring the survival of a family willing to show gratitude, might also be partially responsible for propagating our species because an expression of gratitude begets additional altruistic behavior, leading to a healthier society.

To build a stronger community, instilling trait gratitude, or thanks given as a general way of operating versus showing gratitude only in certain moods or conditions, can be a very beneficial societal tool. First, gratitude can be a powerful way of creating ties to other people, as showing thanks is generally well received. If someone goes out of his or her way to provide another with help or support, many people might politely thank that individual. However, the appreciation is likely to redouble if the assisted person interprets that help as genuine and not necessarily in need of repayment. Under these conditions, the greatest gratitude can be expressed by one party, and the assisting individual is rewarded for the altruism with similar brain changes as seen in being gracious. Here, two important lessons can be learned. One, with that simple exchange, you could potentially have made the other’s day easier, possibly gained a new friend, or otherwise added to your network. Second, the pay-it-forward mentality is more than just a box office sensation. As trite as it may sound, simple acts can snowball to affect the community as a whole.

Finally, our two cavemen Tom and Steve deepened their bond by acting selflessly and sharing a moment of genuine gratitude. The effect of altruism on the body specifically and the larger community is beyond the scope of this blog post. However, Steve’s sense of gratitude not only affected him physiologically, as a family caveman, and within his cave cohort, but he realized he wasn’t isolated or alone. Isolation and mental health are forever entwined, as an increase in isolation is generally met with a decrease in well-being, optimism, and even physical health. Knowing that others in fact care for your quality of life can alleviate isolating tendencies and create more opportunity to be grateful and enjoy that reward as well. Humankind has always been a social animal, and socialization is often more apt to occur between friends. What better way is there to further friendship if not to show gratitude?

Given the benefits of gratitude in making us more physically and psychologically resilient, finding ways to express heartfelt thanks could be noteworthy. Journaling or creating gratitude lists can be useful in warding off isolation and possible depression. Letter writing expressing thanks can be done to address anyone in your life, past or present. After you have expressed yourself on paper, you can send it to the other person, file the paper away for your own remembrance, or even burn it like a client of mine once did to thank his deceased father. Learn more HERE.

If you are uncomfortable with these options, do not fret as your gratitude does not necessarily require that level of vulnerability. The actual sensation of gratitude does not necessitate any verbal exchange to create most of the benefits discussed in this post, especially the personal, physiological aspects. Practice expressing yourself silently at first, as this can be seen in various religious sects. Even in your greatest despair, through isolation, anger, or depression, finding three portions of your life of which you are thankful could help you find a powerful mantra against long-term effects of negative symptoms. This is not to say that we must be grateful for anything and everything. However, discovering what you truly value, acknowledging that value, and being mindful of the values that you cherish, might just help you live longer and, importantly, happier. Therefore, perhaps spare a kind thought of gratitude to your long-lost ancestors Steve and Tom, because without them being altruistic and grateful, we might not have survived beyond the cave.

Do you or someone you love suffer form isolation, negative thoughts and feelings, or have previously been diagnosed with a mental health disorder? Let us support in finding things and ways to be grateful. Click HERE to learn about all of our Wellview Services today. We look forward to connecting with you soon.