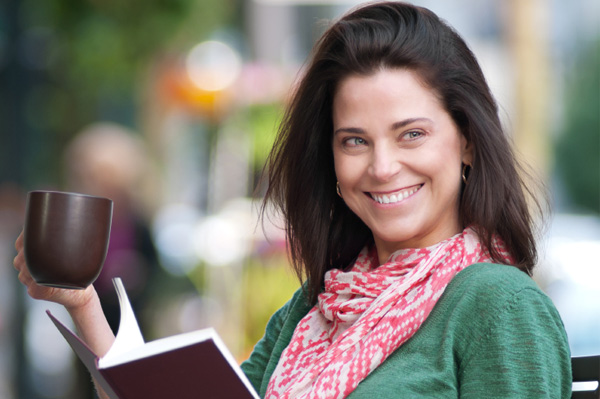 These were the excuses I made when I failed—yet again—to keep up a new habit. These were the things I'd tell myself when I thought about the things I wanted to do daily—journal, meditate, go to the gym—but never did. I had an excuse for everything. I had a reason to control every failure. The road to success may be full of curves, but the path to failure is much easier to predict. And I like to stay in control.

Over the last few months, I went from not being able to be consistent with anything to genuinely doing the damn things I wanted to do. It wasn’t a matter of forcing myself, and it wasn’t a quick fix. It was a diligent, conscious, intentional, and vigilant process to bring about new, healthier habits into my life. 6 Steps To Make Habits Stick

2. Build your habit your own way.

No more reading about productivity. No more berating myself by reading other people’s morning routines and expecting mine to mimic theirs.When I started to build up a consistent gym routine, I only went when I wanted to go. For me, that was around 2 p.m. every day, after I had spent enough time working and wouldn’t be distracted by a long to-do list.It also meant that I gave myself permission to do whatever I wanted to do once I got there. If I wanted to do 20 minutes on the bike, I’d do only 20 minutes and then leave.

There is no place for perfectionism when developing new skills. If I missed a day or if life happened, I let it go. When I got sick with a cold and missed several workouts, I didn’t beat myself up. When I had a bout of depression and became apathetic toward my goals, I didn’t shame myself.Instead of thinking I could punish myself into changing, I tried tolove myself into changing—and that had a more enjoyable and lasting effect. I had to silence the drill sergeant in my mind that expected me to never f*ck up.Executing my goals perfectly is not the end goal. The end goal is to feel better about myself. I refused to chase habits that were going to make me feel awful about myself in some misguided pursuit of future joy.

Feeling strong and confident after consistently working out.When I began journaling every morning—a habit I've wanted build for over a decade—I put a number in the corner of each page to indicate how many days in a row I had written. This became a huge motivating factor. I celebrated 30 entries in a row in my journal, then 100 entries, and now nearly 200. I celebrated my pen running out of ink. Finally, after I filled up an entire notebook, I celebrated buying a new Moleskine onAmazon.com.Achieving these tiny milestones kept me excited. I also downloaded an app called Way of Life, which you can use to mark off how many days in a row you’ve stuck with a habit, no matter how small or seemingly inconsequential it is. (I mean, I proudly mark off “brushed teeth” on there each and every day.)Acknowledging these achievements gave me something positive to look forward to: my own recognition and appreciation. It was revolutionary, and it continues to be the cornerstone of how I add habits to my routine.

Gandhi got it right: Happiness is when it’s all in congruence. And at this point, I’ll take that kind of sustainable happiness over a chaotic and free-spirited life any day.

This article originally appeared on Greatist.

Superfoods to Relieve Menopausal Symptoms
Roasted Beets: A Seasonal Recipe
Your New Favorite Summer Sandwich
Transitioning Back to School Routines
The Mindful Self Role Call
Coulda Shoulda Day
No More Pain in Your Neck at your Desk
Tools For Your Best, Pain-Free Body
4 Exercise Tips for Working Moms