The Doctor is In 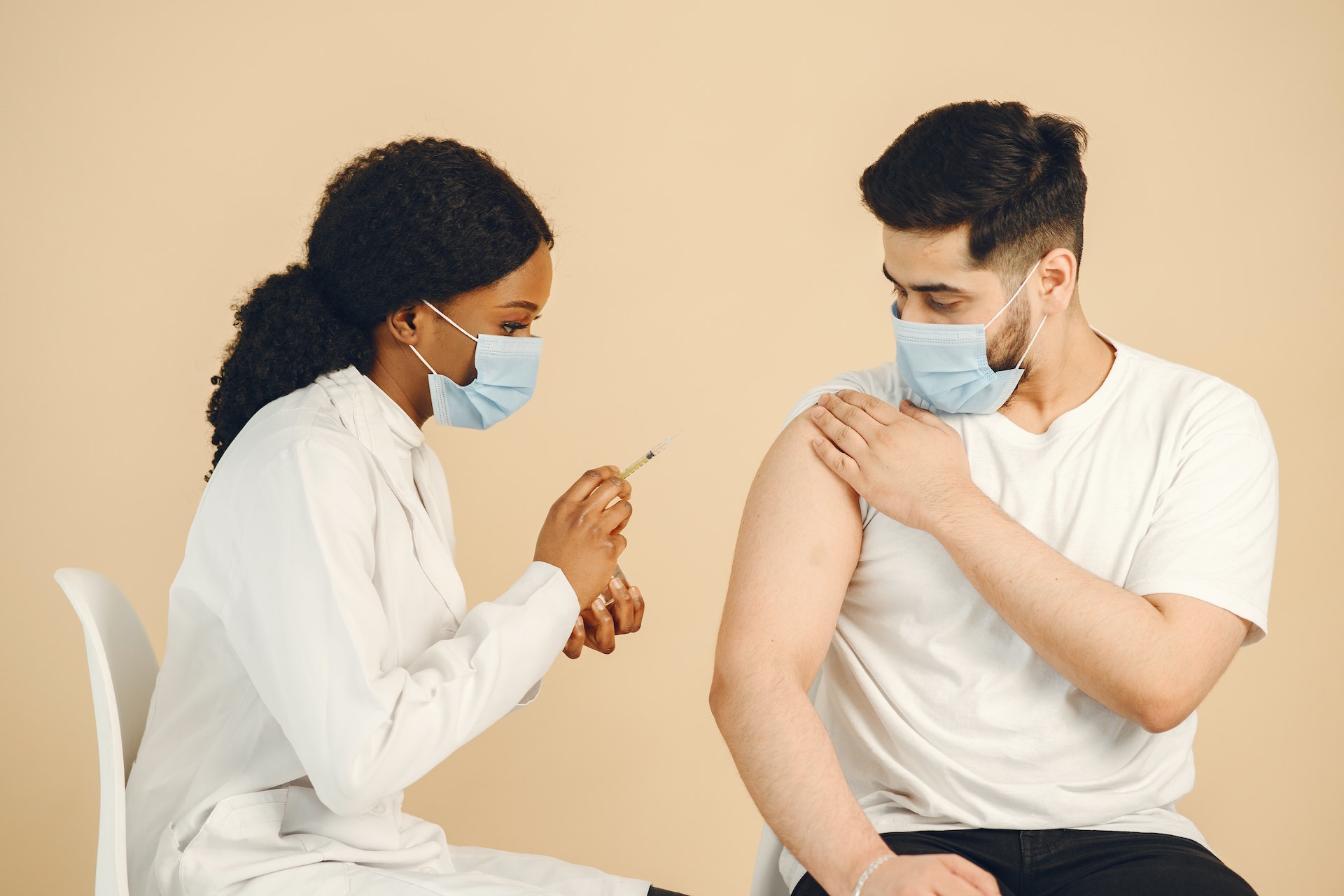 Knowing which doctor to see when you need it can be difficult. Below are a few stories of individuals who can relate:

Six months ago, Antwon was on the tee box, launching golf balls over three hundred yards. Some even went exactly where he intended. Now, sitting in his doctor’s office, he was being questioned by the nurse regarding pain level, mobility and wound care. Antwon had his right knee replaced a few months prior. During his recovery, his joy and social engagement had suffered. The doctor came into the exam room, assessed Antwon’s knee and incision, and, finally, Antwon was cleared to go back to work. At this news, Antwon merely nodded. This reaction surprised the physician who had expected a heartier response. Looking at Antwon’s records, the doctor noticed that his patient was still prescribed relatively large doses of two pain medications. Antwon’s flat affect, sluggishness, and the additional data of Antwon’s excessive weight loss over the past month, his doctor decided to discontinue one of the pain relievers and reduce the strength of the other. His doctor hoped that Antwon’s sedation would diminish and he would return back to his normal liveliness.

In a little over five weeks Antwon’s hard work began to pay off. He noticed the range of motion and strength in his knee. However, he continued to withdraw and did less and less of the rehabilitation that was helping his knee. Antwon’s absence at Physical Therapy exacerbated the pain and even social isolation. Antwon had not returned to work, and it was commonplace for him to spend the entire day on the back deck with his newly reconstructed limb propped in an opposing chair. On days when his children were playing in the backyard, Antwon watched. His daughter was wading into basketball, and Antwon watched. He wanted to help his son in school, but Antwon could not summon the mental wherewithal. Despite being cleared for low impact participation at work and with the family, Antwon watched– detached as if floating above the scene, unable to interact in a meaningful way.

After a series of concerns from her teacher, Keisha’s mom consulted her daughter’s pediatrician who diagnosed the child with attention deficit hyperactivity disorder (ADHD) at the age of seven, at which time the young girl was prescribed Adderall. Initially the new medication seemed to help Keisha focus and stay on task. However, she soon had difficulty sleeping and she was occasionally too focused on counterproductive tasks like cleaning her room or herself. In the classroom, Keisha took painstaking care to write her letters perfectly, often running out of time on assignments. One day, Keisha turned in an assignment that was incomplete, but perfectly written. Her teacher noticed Keisha’s tendencies and questioned the young girl as to why her work must be perfect. Keisha answered simply, “So my family doesn’t burn to death in our sleep.”

Over the next few years, Keisha alternated between medications intended to affect her ADHD symptoms, but her one-track-mind was only exacerbated. When in class, Keisha frequently became consumed with tracing the artificial wood grains on the top of her desk so that her mother would not get into a terrible accident while in transit to pick Keisha up from school. Her teachers generally took one of three tacks: punitive repercussions, gentle redirection, or she was ignored. By the time she was in eighth grade, Keisha was struggling mightily, but her doctor held fast to the treatment plan. One day, Keisha’s mother sat in the car line to pick up her daughter from school and something was clearly wrong as soon as Keisha began approaching the vehicle. The young girl had bandages all over her hands. Concerned about her child and not caring about the long line of waiting caregivers, the worried mom left her car as she went to greet Keisha. Thankfully, the girl’s teacher saw the look on the maternal figure’s face and the instructor hurried over to explain. Apparently, Keisha had come in from recess and she immediately went to the bathroom where she scrubbed her hands until they bled. The final straw came the next week when Keisha deliberately burned herself in science class. With tears clouding her eyes, Keisha’s mother simply asked the girl, “Why?”, a question that was answered by Keisha declaring, “Because I love you.”

For the past five years, Alice had been very vigilant of danger to the point of distress. She seemed to be continually preoccupied with what might go wrong, causing her to avoid certain events. Alice thought that she was coping well, even when using her vigilance and avoidance practices. However, she received a jarring reality check after speaking with her boss regarding her bi-annual evaluation. Evidently, it had not gone unnoticed that Alice seemed distracted during meetings, and the fact that she had missed a generous amount of work was a potential cause for termination. Shaken, Alice went back to her desk and wondered what was wrong with her. Why could she not summon the courage to let her boss know at least a portion of what she was experiencing? He seemed approachable. After the stress of the evaluation, the nightmares worsened, and Alice resolved herself to go to the doctor to discuss these concerns.

At her physician’s office, Alice relayed to the female practitioner her symptoms of continuous worry, hyper-vigilance, her tendency to avoid situations that seemed familiar to her past, and she informed the doctor about her nightmares without going into the painful details. Having listened to the patient describe her symptoms, the doctor confidently diagnosed Alice with generalized anxiety disorder (GAD). The doctor prescribed a Beta blocker to quell physical aspects of Alice’s fear and anxiety. However, the new medication did nothing for the nightmares. One afternoon at work, a male coworker raised his voice to deliver a punchline. Instantly, Alice was back on that date that ended in terror. Alice soon found herself on the floor rocking back and forth, seeking comfort.

Reading through these brief vignettes, there seems to be a common thread: individuals seeking help from their primary care physicians (PCP) for mental health concerns. Further, each of these people were misdiagnosed and these misdiagnoses can have drastic, life-long consequences. This is not to say that errors in treatment are in any way intentional or malicious. Generally, PCPs do not receive the thorough training necessary to discern the finer details of parsing through mental health diagnosis and treatment. In the examples above, each of the patients could have sought out a psychiatrist to receive specialized help. Compared to PCPs, psychiatrists spend far more time mastering mental health diagnostics during schooling. Also, something highly important, psychiatrists are generally much more familiar with medications used to treat mental health concerns. For example, Antwon, if assessed by a psychiatrist, may have been prescribed an antidepressant to help with his mood and energy levels which could aid with rehab and socialization motivation. Also, for Keisha, a referral to a psychiatrist might have caught the child’s obsessive-compulsive disorder, a condition that requires far different medication and treatment regimens than the ADHD diagnosis assigned by her PCP. Finally, Alice seems like she is experiencing post-traumatic stress, for which the therapeutics are quite different than for GAD.

Your first choice for a rupturing appendix would not be a podiatrist. Likewise, going to your family physician to discuss depression, anxiety, trauma, or obsessive-compulsive thought patterns may be counterproductive. Finally, medicine rarely treats the entire person, so exploring mental health counseling to supplement your work with a psychiatrist or psychiatric nurse practitioner is often extremely beneficial. Proper diagnosis and treatment adherence can greatly affect your quality of life and you have the right to a referral for a specialist and a counselor.

The pivotal question: the doctor may be in, but which doctor?

Do you or someone you love suffer from a Mental Health Disorder? Let us support in finding you the right care! Click HERE to learn about all of our Wellview Services today. We look forward to connecting with you soon.